Is your mane lacking for sheen and gloss?

Plagued by embarrassing dry hair and split ends and are desperate for a fix?

Looking to grow your locks longer and wishing it would happen faster?

Scratch below the surface and the solution may be DIY hair oil treatments that are all natural and can be done at home yourself. 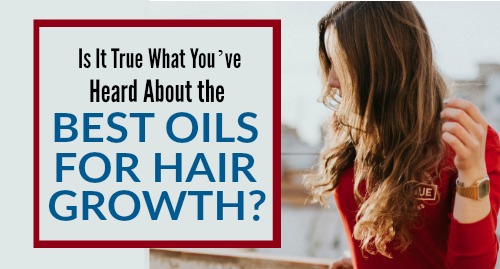 But which one and how?

The Only Two Penetrating Oils You’ll Ever Need

While there are maybe 10 to choose from why complicate it?

Hands down the best oil for DIY treatment is coconut. The second best is olive. The rest can’t improve on near perfection.

You see, both of these guys multi task like crazy. Doing the work of your favorite leave in conditioner, anti-frizz serum, and shine spray like all rolled into in one natural fix.

Besides, deep conditioning properties aside, you wouldn’t be wrong to think of them more like styling products than oil treatments.

But how do you best apply them? Here’s how.

Tutorial: How To Do An Oil Treatment

This video demonstrates how many use coconut oil.

There’s nothing especially special here although I felt this one did a particularly nice job of showing how she gets the oil out. That starts about six and a half minutes in if you prefer just to jump to that.

In addition to all the ideas the video shares a few other thoughts.

Any off-the-shelf coconut oil should work just fine. There is nothing much special about one over another. Just as long as the one you use has virgin, unrefined and cold pressed on the label. (cold pressed just means the temperature when processing never exceeds 120 degrees Fahrenheit. That way nothing about the oil is tainted by heat.)

She repeats this routine twice a week. Most feel doing this twice a month should get you the benefits. Twice a week might be borderline too often.

What she didn’t do but what you might want to do is comb the oil through your hair to insure even distribution.

You may find it’s easier to distribute if your tresses are damp to begin with.

If you can’t or don’t want to leave it in overnight, you could cover your head with plastic wrap and then put your blow dryer at a reasonably warm temp and let the heat help speed up the absorption of the oily goodness by your strands.

The longer the better. 10 minutes ought to do it. 15 might be better still.

You can also use a shower cap or one of those plastic grocery bags as an alternative to plastic wrap. The handles on the bag especially make it easy to tie so it stays in place all night.

Hard to say exactly in your case. Depends on how much hair you have I guess.

As you saw in the video, there’s little precision involved when it comes to the how much question. But it’s probably best to start with less until you get to know each other better.

How To Use Oil For Hair Without Making It Greasy?

Leftover or greasy residue from an oil treatment doesn’t for pretty hair make. Ugh. So it’s easy to understand why this would be a concern.

Like the video showed usually two rounds of shampooing will do the trick. Leaving you with tresses practically begging to be touched and stroked.

Going heavy on the conditioner (two times as well) also goes a long way to getting all the left over oil off.

Finally you may find skimping on either the shampoo or conditioner is not your best move if a greasy hangover is a worry.

Now you’re obviously going to want to figure out what works for your mane. But there really should be no reason to fear having to cope with greasy strands from deep conditioning with oil like this.

With that out of the way here are just a few reasons to love the stuff. 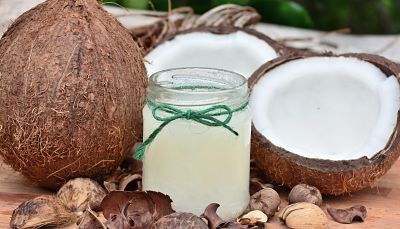 Readily available by the tub.

It’s loaded with vitamin E and other nutrients. Best of all the chemistry behind coconut oil is such that your locks can easily absorb it no problem.

It also has powerful antimicrobial powers since it contains two natural acids, lauric and capric, which will leave your scalp healthy and dandruff free. 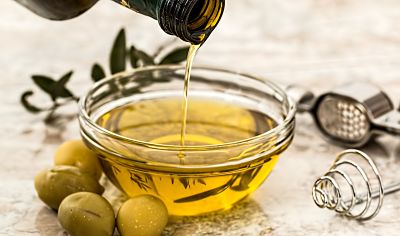 More of the same because olive oil can pretty much hold its own against coconut.

Kept in the refrig it has a long shelf life.

It too is loaded with antioxidants and vitamins A and E that some believe fight DHT hormones and by doing so work to prevent hair loss. Just know there are no specific medical studies that prove that.

Since both olive and coconut oils coat each strand with a slick protective film they make for great detanglers and shine enhancers. And because both penetrate the shaft so well they leave your locks feeling super soft and smooth.

Still most would tell you that coconut oil is somewhat better for your hair. And they’d be right. 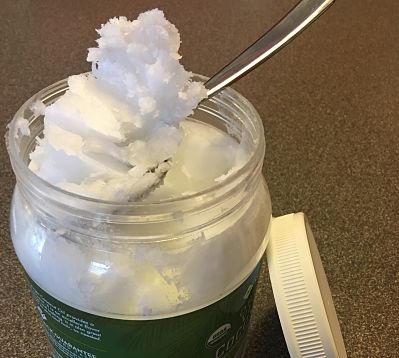 Why Is Coconut Oil Said to Be Best For Hair?

The reason coconut oil is has such hardcore fans is its ability to easily seep directly into the hair shaft and work magic.

It’s also what’s called a carrier oil. Not trying to show off. That just means it usually comes from a nut, seed or kernel and it works well with essential oils.

So while coconut oil sits firmly at the top of the heap of such carrier oils it’s not the only one.

Olive oil works that way too. Just not quite as well as coconut does.

You see oils generally fall into one of two camps.

First are those that coat the shaft and that’s about it. They give things a shine boost and reduce surface friction cutting down on tangles perhaps. (Jojoba is one.) But they aren’t going to do much to make your mane softer.

Others soak into, read actually penetrate, the shaft. By doing so they increase softness and do something almost more important. They block moisture from penetrating.

Moisture penetration isn’t good because it raises the cuticles on the surface of the hair shaft. This is exactly what happens to your strands on humid days. Raised cuticles usually translate into more frizz than you can handle and ultimately more breakage.

That’s also why if you have damaged hair, you want an oil that penetrates more so than coats. By doing so it not only hydrates and protects the shaft it nourishes it as well.

As explained here, oils that penetrate our strands do tend to have larger amounts of specific fatty acids that are small enough to work their way easily into the shaft.

That resource also has a nifty chart which shows that coconut oil, among others, to be a high penetrating oil.

Olive oils rank decent when it comes to strand penetration.

Interesting jojoba is ranked as NON-penetrating. The molecules are simply too big to fit. But it’s still great at enhancing the glossiness of your locks.

That penetration bit is why at the least you should be applying coconut oil on your ends since being old and likely most damaged they are porous and in almost constant need of moisture.

So you should now be able to answer for yourself why oil for hair and is it good or bad?

One final point and it may be important.

How To Use Coconut Or Olive Oil For Hair Growth

Spoiler alert. Not so sure you can.

Yeah. We’ve all seen how many online will casually mention that this oil or that oil is great for helping hair grow faster.

There sure seems to be plenty of anecdotal evidence cited. Videos, photos, you name it. But being a natural skeptic I set out to find any hint that there is science to back up that claim.

In the specific case of castor oil you can read here, here and here and all three basically say the same thing. Oil is no help when it comes to growing hair faster. In other words it’s all a BIG LIE!

Basically from what I can see studies that specifically confirm castor oil helps with hair growth do not exist. I didn’t find them to exist for any oils.

So I wouldn’t get my hopes up for a growth spurt if that’s why you’re using coconut or olive oil. Sorry.

Of course maybe some are confusing less breakage with added length. Dunno.

That’s not to say you can’t use coconut or olive oil on your hair to hydrate it.

To make it softer.

That’s also not to say it won’t be healthier for it.

But faster growth? Not so much.